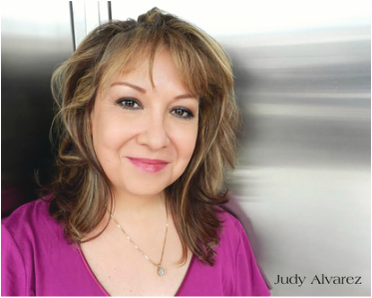 JUDY ALVAREZ (Actor/Co-Founder/Co-Artistic Director)
is an Actress and Comedienne.  Notable credits include appearing as Madame Helene in Diffractions Theatre Company's production of THE WORKROOM at One Art Space, as well as appearing as Nana in Season 1 of CITY OF MERCY for SidewalkProphecy Films.  She can also be seen in the mock-training web series AN EXTREME CALLING, for Horace Mann Insurance for Educators.  Judy is also a former Stand-up comedienne, having performed at just about every stand-up venue in NYC.  She received acclaim for her performance as "Mrs. Pitts" in fandango 4 Art House's World Premier of THE DISHONORABLE DISCHARGE OF PRIVATE PITTS,  and was recently featured in the video "How to Have the Best Day Ever" for LittleThings.com.  For current projects, please click on photo for Judy's website. 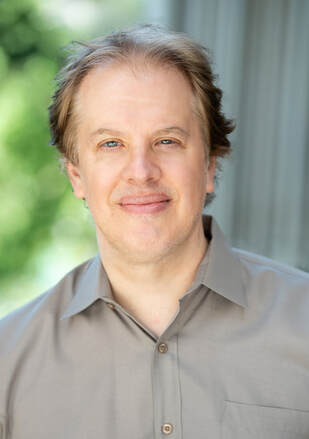 DANIEL DAMIANO (Actor/Playwright/Co-Founder/Co-Artistic Director) is an Award-winning Playwright, Screenwriter, award-nominated Actor and Poet based in Brooklyn, NY.  He has had plays produced and workshopped throughout many areas of the U.S. as well as London, England and Sydney & Melbourne, Australia.  Recent productions of his plays include the World Premier of THE LEPERS (37th Annual Marathon of One-Act Plays, Ensemble Studio Theatre, NYC), the recent NYC revival of his acclaimed solo play, AMERICAN TRANQUILITY at East Village Playhouse, along with previous incarnations at the PIT Loft, Downtown Urban Arts Festival, the East Village Playhouse, and in Washington, DC as part of the 2019 Capital Fringe Festival,   as well as the World Premier of HARMONY PARK (Detroit Repertory Theatre). Other notable productions of his work include THE DISHONORABLE DISCHARGE OF PRIVATE PITTS (fandango 4 Art House, NYC), the World and NYC premiers of DAY OF THE DOG (St. Louis Actors' Studio/59E59 Theatre, NYC) and the World Premier of THE GOLDEN YEAR (Workshop Theater Company, NYC.)  His play DAY OF THE DOG was published by Broadway Play Publishing.  His new play THE WILD BOAR was a Finalist for the 2019 Woodward/Newman Drama Award and the 2019 Janet & Bruce Bunch Award.  His screenwork includes the adaptation of his short play THE LEPERS, which was recently honored as Outstanding Production-Narrative Short in the 2020 Queens World Film Festival and was nominated for Best Adapted Screenplay.  A Pushcart Award-nominated Poet, his poetry has been published in the Newtown Literary Journal, Cloudbank, HotMetal Press, New Voices Anthology 2016 and most recently in Crooked Teeth Literary Magazine.  He is a member of the Dramatists Guild, League of Independent Theatres, Mind The Gap Theatre Company and is Co-Founder/Artistic Director of fandango 4 Art House.   For current projects, please click on photo for Daniel's website.